It was my first time officially to watch premier of a movie, ticket was given by a friend. Before starting the movie, there was a press conference, I got the chance to see lots of stars or artists, directors and writers, I was so excited to see these people are so close to me and they look ordinary like normal people. A friend who do movie also showed up.

This movie mainly focus on a young boy who can play violin well and get talent in playing guitar. He is young and handsome, moreover, he actually won lots of violin awards. Oh my God!!

But the plot for me is pretty normal, under grandfather's pressure, it's time for him to stop learning music and focus on studying, as he struggle if he can continue learning music, his father also struggle if he want to let his son to go on the same way as he did before, which followed his father's will-instead of being a rocker, but a doctor.

Over all, this movie is ok for me. But the last part, which his father play guitar on the stage to fulfill his young dream, he went to hospital to play violin for his grandfather, I like this part, make me crippy, and the soundtrack is nice.

I don't know why every time when I watched a Taiwan film, I always kind of worry if it will be unmature? Reach some level, but actually not.

It's my first time see 張克帆 play movie, above my expectation. :) 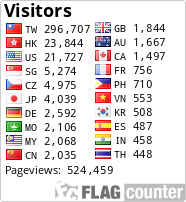